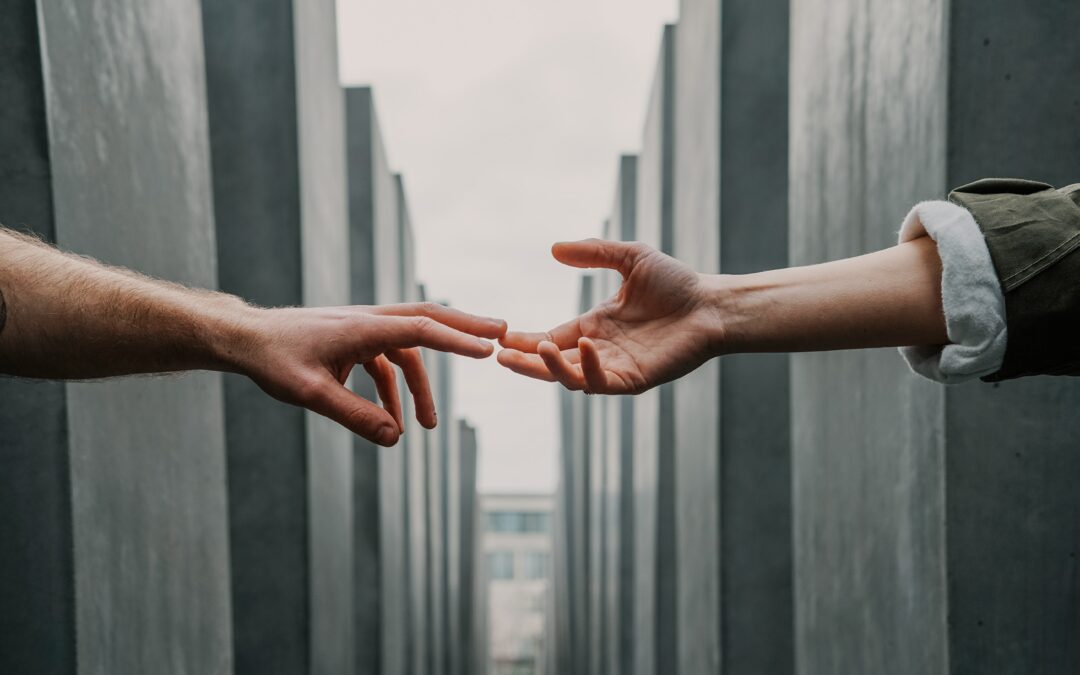 Everybody is talking about it, but do they get it?

I have to be honest and tell you that I used to feel confused about empathy. In my everyday life, I would often mistake empathy with other concepts like compassion, sympathy or even pity.

It is only through my work (and by making many mistakes) in education, dialogue and equity and inclusion that I got a practical understanding of empathy.

Empathy is at the heart of the SJ method to engage in difficult conversations. It is also fundamental to overcome biases and prejudices at the individual and the organizational levels.

Recently, I have noticed an increase in questions related to empathy, so I thought I should spend some time on this important concept.

What is empathy and how does it work?

I like to start with science, so let’s see what researchers in psychology have for us.

For over a century, the concept of empathy (from the German word Einfühlung) has triggered debates and resulted in many, and sometimes contradictory, definitions.

In 2014, reasearchers Cuff et al. reviewed over 40 years of academic definitions of empathy in the hope to come up with a unifying and clear definition.

Here is their definition:

“Empathy is an emotional response (affective), dependent upon the interaction between trait capacities and state influences. Empathic processes are automatically elicited but are also shaped by top-down control processes. The resulting emotion is similar to one’s perception (directly experienced or imagined) and understanding (cognitive empathy) of the stimulus emotion, with recognition that the source of the emotion is not one’s own.” (Cuff, BMP., et al. 2014)

Yes, it is a little dense. Let’s slow down, start with a more mainstream definition and explore each of the previous underlined words. We will get back to this academic definition later.

Empathy is usually defined as the ability to sense someone else’s emotions, coupled with the ability to imagine what this person might be thinking or feeling.

Okay, so two components. What do they look like in real life?

“Affective empathy” can look like physically mirroring what the person is feeling (I smile when my partner is overjoyed) or just feeling an emotion that we detected in the other person (I feel stressed when my mother is showing signs of anxiety).

“Cognitive empathy” refers to our ability to identify and understand other people’s emotions (they are sharing good news, they must be happy).

Empathy is both an automatic phenomenon (they smile= I smile without even thinking about it) and a controlled process (it is a mindset in which I decide to understand and mirror other people’s emotions). So empathy can also be acquired and practiced.

Some individuals seem to be naturally more empathetic than others and will express empathy for everyone, but empathy can also be contextualised: we can feel more/only empathetic for some categories of people or beings.

This is the difference between what Cuff and al. call trait capacities and state influences. Empathy is an interaction between both our natural capacity for empathy and the context in which we are.

“Empathy is an emotional response (affective), dependent upon the interaction between trait capacities and state influences. Empathic processes are automatically elicited but are also shaped by top-down control processes. The resulting emotion is similar to one’s perception (directly experienced or imagined) and understanding (cognitive empathy) of the stimulus emotion, with recognition that the source of the emotion is not one’s own.” (Cuff, BMP., et al. 2014)

Better? Not quite? No worries, I got you.

What empathy is not!

Another way I like to get clarity on words is looking for what I might be confusing them with.

Compassion is “the feeling that arises in witnessing another’s suffering and that motivates a subsequent desire to help” (Goetz, Keltner, & Simon-Thomas, 2010). When we feel compassionate (from the Latin passio “suffering with”), we not only feel someone else’s pain, but we also feel compelled to take action to reduce the pain.

I have engaged in numerous discussions about racism, ableism, sexism and more, where participants (sometimes me) intended to express empathy, but instead expressed pity.

Pity is the feeling of sorrow and compassion caused by the suffering and the misfortunes of others.

Notice that pity is not feeling what others are. Pity is about us, or as the equity coach Elena Aguilar says “pity is when you see someone’s suffering from a distance, pity protects the viewer and creates a barrier between people”.

I often get this question: Does showing empathy mean agreeing with the other person?

It is a valid question, especially important during a conversation on race with a person that Dr. David W. Campt would define as a “skeptic” (a person who does not believe in systemic racism, or in the need to talk about race and other important issues).

Here is my answer: empathy is about emotions and experiences, not thoughts, beliefs or opinions.

Empathy connects us to each other’s humanity. It allows us to dive together into the discomfort of differences in opinions and values.

If I consciously choose to be empathetic, am I manipulating the other person?

No, empathy even when controlled is authentic. We end up really feeling the other person’s emotions and understanding what it is like to be them. Empathy is an opportunity for us to learn and change our perspective about the other person.

Do we use empathy when practicing the Five Habits of Speaking Justice?

Empathy is at the core of our method to engage in difficult conversations on race and politics. We practice it to create the conditions for transformational interactions. It is by practicing empathy that we understand what is behind the outraging statements or opinions. It is by practicing empathy that we show the other person that we care about their experience even when we cannot agree with them.

Habit 2: Holding space for other voices

When we hold space for other voices, we are present to the other person’s feelings, needs and experiences.

Habit 4: Including the unheard voices

When we ask ourselves which perspectives are not represented, which information we don’t have access to, we cultivate the curiosity necessary for empathy.